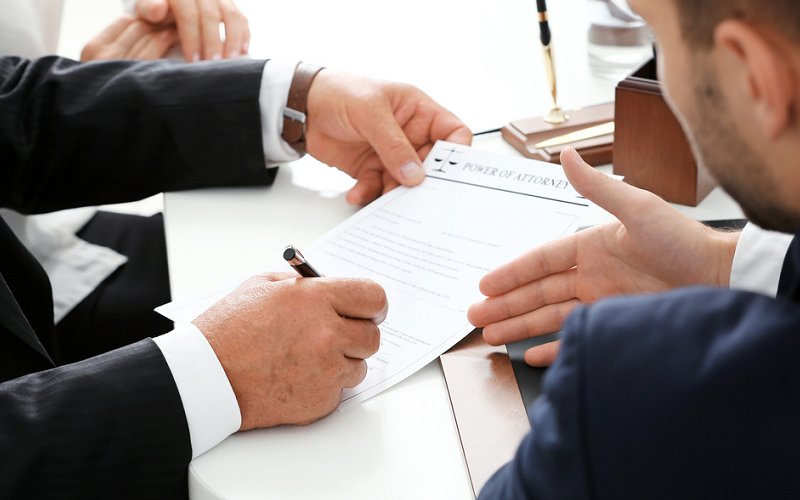 Your trademark is a powerful representation of your business in the marketplace, and it brings with it certain responsibilities and protections.  As part of these, you should be familiar with the concept of trademark oppositions.  An opposition is a formal process where an objection can be lodged against someone else’s trademark being registered with IP Australia.

You may need to be involved in a trademark opposition, either as an applicant who receives an opposition or as an opponent filing an objection. It’s important to understand the intricacies behind the concept, so you’re fully informed in case someone does wish to object to your trademark or you feel you are justified in objecting to someone else’s application.  It’s also worth noting that oppositions can be time-consuming and sometimes costly, and successful opposition is not the same as preventing infringement of your trademark. Allegations of trademark infringement may take place during an opposition proceeding, however, the two are separate actions with infringement action taking place through court rather than through IP Australia, who have the jurisdiction to decide an opposition.

Considering the complexity and specialised nature of most oppositions, whether you’re considering filing a trademark opposition, or have found an objection lodged against your trademark, we strongly recommend getting the advice and services of a professional intellectual property expert.  Whilst you are allowed to represent yourself in an opposition proceeding, doing so and making a mistake can have negative consequences that can be difficult, sometimes impossible, to rectify.

WHY WOULD SOMEONE OPPOSE A TRADEMARK?

The Trade Marks Act 1995 sets out the relevant grounds that someone may rely on to oppose a trademark.

There are many common reasons why someone would choose to oppose a the registration of a trademark, including:

Typically an opposition happens when a person believes the filed trademark is somehow confusingly similar to their own brand or rights. Most oppositions will have a direct relationship to the classes of goods or services of the application. However, for example, a large, well-known brand such as Coca-Cola Australia may wish to oppose someone registering a trademark with ‘coca cola’ in it, even if it is in a different class of products or services because it is likely to cause confusion in the marketplace in view of their reputation.

There are other reasons why someone might lodge the initial Notice of Intention to Oppose a trademark to start the process. For example, if someone believes a trademark may be too descriptive or generic, then they can file a trademark opposition on the basis that one person shouldn’t be given exclusive rights to that descriptive or generic name as other traders should be allowed to use that term if it is not able to distinguish the applicant’s goods/services from the similar goods/services of others.

WHEN CAN YOU FILE A TRADEMARK OPPOSITION?

Note that you will not always be directly notified by IP Australia if a similar trademark to yours is approved in order to file opposition in time. You will, however, be notified if the later application has successfully overcome your trademark during the application process. Generally it will be by monitoring the trademark database and journals that you will learn a similar trademark has been advertised.  This is generally done by an IP professional or solicitor, and they can provide these services as part of their ongoing work for you.

WHAT CAN BE OPPOSED?

Any trademark that has been accepted for registration can be opposed during the two month opposition period. In some circumstances it is possible to obtain an extension of that time-frame, however, extensions should not be relied on as there is no guarantee they will be granted.

Most commonly we see oppositions filed as attempts to prevent the registration of a new trademark application. There are other things that can be opposed through IP Australia such as:

HOW DO YOU FILE A TRADEMARK OPPOSITION?

A full opposition proceeding can be lengthy and complicated, and having an industry professional attend to it for you can help minimise hassle for you, as well as ensure it is handled correctly.

The process for filing a trademark opposition starts with the filing of a Notice of Intention to Oppose.  This is a relatively short document which asks you for basic details such as your name, address and the address for the delivery of correspondence (which must be in Australia or New Zealand (and note that this can be a PO Box)).  It also includes a section entitled Formality Details where you can fill in the information on the type of opposition proceeding – that is, the registration of the trade mark/protection of the international registration designating Australia, or the removal of the trade mark/cessation of protection of the international trade mark for non-use.  You must file an opposition within 2 months of the trademark being advertised as accepted in the Australian Official Journal of Trade Marks.  The next steps are as follows:

HOW MUCH DOES IT COST?

The cost of the overall trademark opposition process will depend on whether you undertake it by yourself or use the services of an intellectual property expert.  We always recommend people seek the advice and assistance of a solicitor or trademark professional simply because the process can be a complicated and protracted one, with the possibility of serious ramifications even when simple or purely technical mistakes are made.  It is perhaps even more important to consider representation if you know the other party is represented.

Costs may also be determined by whether the parties appear to be able to reach an amicable outcome between them early in the process so as to avoid the full opposition proceeding continuing all the way to a decision. When engaging a trade marks attorney or other person to assist they also fluctuate depending on the volume of each party’s evidence, whether written submissions are required for consideration in the ultimate decision, whether a hearing is requested and whether additional services (such as those of a barrister or investigator) are necessary.

There are fees for lodging documents with IP Australia, and these range from monthly extension of time fees of $100 per month a $250.00 fee for filing of a notice of intention to oppose (when opposing the registration of a trademark) and to $600 if you wish to request a hearing or attend one requested by the other side.  As noted above, professional fees can vary based on many factors. Typically a represented opposition proceeding through Quick Off the Mark (from start to decision being issued) could see $5000 – $15,000 in costs – occasionally but not normally they could be higher.

The higher end of this range would be in the case of a fully contested opposition proceeding that does include decent volumes of evidence, drafting of legal submissions and representation by a barrister at a hearing prior to decision being issued. There are certainly ways to keep these costs at the lower end, however, this can mean skimping on certain parts of the process.

Every case is different and in some cases there will be a stronger recommendation for attendance and representation at a hearing for example, whereas others this may not be as necessary. Often this is determined by who the other party is and the level of representation that are investing into during the process. As the process is lengthy (usually a minimum 18 months before a decision is issued) and takes place in stages, these sorts of fees will not be payable upfront but are staggered across the process.

WHAT SHOULD YOU DO IF YOUR TRADEMARK IS OPPOSED?

The first thing we recommend you do is to seek professional advice.  This will help prevent any knee-jerk responses, as well as set you on the right path to protecting your trademark.  Initial advice can help you determine at a preliminary stage whether or not the opposition may have some merit to it and your options.  Once the other side reaches the point of filing their statement setting out the reasons for the opposition, we can then examine the history of the trademark, setting out a valid response and defence and at this time may be in an even better position to advise on the likelihood of successful defence to the opposition.  In situations where we might determine the opposition is likely to succeed and your trademark likely to be rejected, we can enter negotiations with the other party on your behalf to, hopefully, reach a reasonable outcome without having to go through the stress, time and cost of an opposition proceeding.

Taking the time to speak to an expert will save you worry, as well as protect you and your trademark from potential mistakes or allowing your trademark to be opposed without realising it.

Quick Off the Mark® is a division of Mark My Words Trademark Services Pty Ltd (MMW). MMW was founded in 2011 and is headed by Jacqui Pryor, a registered trade marks attorney with more than 16 years experience.